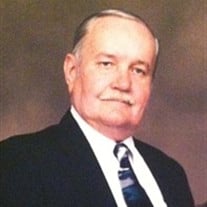 Carroll Richard Bridges, Jr., 78, of Vandalia, IL passed away July 17, 2012 after battling illness for the past few months of his life. His loving wife, Carol Kaye (Shafer), was at his side when he passed away. Dick and Carol were happily married for nearly fifty years and were proud parents of three loving children and grandparents to seven wonderful grand children with another one on the way. Dick was born on August 3, 1933 the son of Carroll Richard and Elizabeth Mae (McCollum) Bridges. Dick was a retired educator, assistant principal, and principal who had worked for the Illinois Department of Corrections in St. Charles, IL for 27 years and another eight years as the Director of Correctional Programming for Elgin Community College in Elgin, IL.  Dick became an educator after earning his Bachelor of Arts at Southern Illinois University in Carbondale. Later, he went on to earn a Master's Degree from Northern Illinois University.  Prior to college, Dick proudly served in the US Navy during the Korean War.  Dick was stationed aboard the USS Mindoro and was honored to serve his country from 1951 to 1955.  Dick grew up in Benton, IL and graduated from Benton Community High School in 1951 as a proud Benton Ranger. His greatest source of pride was his family.  Dick was a passionate father and devoted husband who frequently sacrificed his own career advancement opportunities in order to keep his family rooted in St. Charles, IL where the family lived from 1962 through 2003.  Dick and Carol were tremendously supportive of their three children and spent untold hours attending their children's sporting events and school activities. Family and home were most important to Dick and his family. A wonderful story teller, Dick would love to sit on the back porch with his family and dog Minnie to share both his wisdom and sense of humor with those he loved. In addition to his wife, Carol Kaye (Shafer) Bridges, Dick is survived by his three children, Richard Bridges and wife Maria of St. Charles, Illinois; Daniel Bridges and wife Jill of Geneva, Illinois; and Shannon Bridges  and fiancé Christopher Sidwell of Vandalia. He is also survived by seven grandchildren: Jacob, Sean, Andrew, Joshua, Ethan, Sara and Kaleb. Additionally, Dick is survived by his sister Judy Etchason and husband Kenneth of St. Charles, Illinois; several brothers-in-law, sister-in-law, and several nieces, nephews, cousins, and friends. He was preceded in death by his parents, his brother James Robert, grandson Ian Matthew, and his in-laws, Frank and Frances Shafer. A Memorial Service in Dick's honor will be held at 1:30 PM, Sunday, July 22, 2012 at Northside Christian Church in Vandalia, IL with Pastor Carl Rhodes officiating.  Burial will follow in the Jewett Cemetery, Jewett, IL with military rites accorded by Cumberland County Veterans. Memorials may be made to Northside Christian Church, Fayette County Long Term Care or the donor's choice.

Carroll Richard Bridges, Jr., 78, of Vandalia, IL passed away July 17, 2012 after battling illness for the past few months of his life. His loving wife, Carol Kaye (Shafer), was at his side when he passed away. Dick and Carol were happily... View Obituary & Service Information

The family of C. Richard "Dick" Bridges Jr. Bridges created this Life Tributes page to make it easy to share your memories.