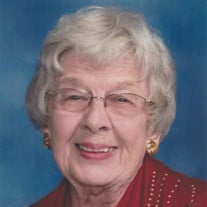 Dianne P. “Dee” Henna Stevens, 87, of Vandalia, IL passed away at 5:51 AM, Monday, July 20, 2020 at Fayette County Hospital. A Memorial Service will be held at 11:00 AM, Saturday, July 25, 2020 at Unity Baptist Church, Vandalia with Rev. Robert Weaver officiating. Interment will follow in Fairlawn Cemetery, Vandalia. Visitation will be held one hour prior to the service from 10:00-11:00 AM, Saturday, July 25, 2020 at the church. Memorials may be made to Unity Baptist Church or Second Chance Animal Rescue. Dianne Peak Stevens was born on November 08, 1932 in Herrin, IL, the daughter of Alexander H. and Marvel N. (Klasing) Peak. She married Jack Stevens; he preceded in death in 2000. Dee was a 1950 graduate of HTHS and then obtained a Bachelor’s degree in Music Education in 1954 from Murray State University in Kentucky. She began teaching in Kirkwood, IL in 1954 and then transferred to Herrin, IL until 1957. Dianne then attended Southern Illinois University of Carbondale, graduating with her Master’s degree in Education in 1959. While attending college, Dee was a member of Sigma Alpha Iota- a professional music fraternity, Alpha Psi Omega- a professional dramatics fraternity, and Sigma Sigma Sigma- a national American women’s sorority. Eventually, after earning her Master’s degree, she moved to Vandalia, where she taught Music and Physical Education from 1960-1981. Several years of retirement later, Dee became a substitute teacher from 1993-2008. Dianne was a lifelong member of First Baptist Church, now Unity Baptist Church of Vandalia; member of the National Education Association; former Baptist Church Music Director, first in Herrin and then here in Vandalia, and former Director of the Fayette County Community Chorus. Dee was also a Professional Tennis umpire with the St. Louis Association of Tennis Officials. She was an officer in the association and was elected as “Umpire of the Year” three times. She umpired several youth, school and professional tournaments throughout Missouri and Illinois with the United States Tennis Association Missouri Valley. She is survived by her sons, Tim Henna and wife Barb of Vandalia and Neil Henna and wife Jamie of Farina; step-son, Kevin Stevens of St. Louis; grandchildren, Ashley and husband Adam Blankenship of Vandalia, Katelyn and husband Roger Tate of Vandalia, and Alexandria and husband Blake Mills of Granite City; great-grandchildren, Zander, Reagan, and Briggs Tate of Vandalia and Emery and Leo Mills of Granite City; numerous step-grandchildren and great-grandchildren; nephew, Mark and wife Kay Lawley of Austin, TX; nieces, Kathy and husband Dan Wheeler, Jill Reagan, and Bonnie and husband John Walker, all of Nashville, TN, and Stacie and husband Pedro Vergara of Marion; several cousins with two local, Sue and husband Larry Harrison and Peggy and husband Ken Williams; both of Vandalia; and her special buddy Peyton Bergener. She was preceded in death by her parents; husband; brother, Teddy Peak; and sisters, Lou Ellen Reagan and Donna Lawley.

The family of Dianne Henna Stevens created this Life Tributes page to make it easy to share your memories.