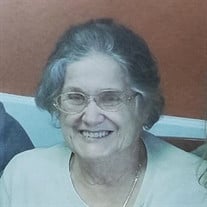 Dorothy L. DeSherlia, 81, of Greenville, IL passed away on Saturday, May 11, 2019 at Greenville Nursing & Rehab Center. A Funeral Service will be held at 2:00pm, Wednesday, May 15, 2019 at Hohlt & File Funeral Home, Vandalia. Visitation will... View Obituary & Service Information

The family of Dorothy DeSherlia created this Life Tributes page to make it easy to share your memories.

Dorothy L. DeSherlia, 81, of Greenville, IL passed away on Saturday,...

Send flowers to the DeSherlia family.