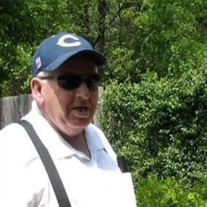 Edward L. Michaels, 77, of Vandalia, IL, formerly of the Chicago area, passed away at 3:06 PM, Saturday, April 27, 2019 at St. John’s Hospital in Springfield. In accordance with Edward’s wishes, cremation rites will take place and there will be no services held at this time. Memorials may be made to the Donor’s Choice. Edward L. Michaels was born on September 17, 1941 in Chicago Heights, IL, the son of the late Bernard and Ruth (Varvel) Michaels. He married Jacquelyn A. Ericksen on November 24, 1962 in Chicago, IL. Together, they celebrated 56 years of marriage. Edward retired from the Chicago Pipefitters Union Local #597. He enjoyed working jigsaw puzzles, reading, and spending time with his family. He is survived by his wife, Jacquelyn “Jackie” Michaels of Vandalia, IL; sons, Thomas Michaels of Indian Head Park, IL and Christopher Michaels and wife, Denise of La Grange Highlands, IL; daughter, Heather Michaels of La Grange Highlands, IL; and a granddaughter, Libby. He was preceded in death by his parents; daughter, Laura; brother, George; and four half siblings.

The family of Edward L Michaels created this Life Tributes page to make it easy to share your memories.

Edward L. Michaels, 77, of Vandalia, IL, formerly of the Chicago...

Send flowers to the Michaels family.