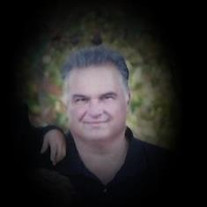 Jeffrey Craig “Izzy” Isringhausen, 54, of Vandalia, IL passed away at 5:36pm, Saturday, February 16, 2019 at St. Anthony’s Memorial Hospital in Effingham. A Funeral Mass will be held at 1:00 PM, Thursday, February 21, 2019 at Mother of Dolors Catholic Church, Vandalia with Rev. Fr. Scott Snider officiating. Interment will follow in Fairlawn Cemetery, Vandalia. Visitation will be held from 4:00-8:00 PM, Wednesday, February 20, 2019 at Mother of Dolors. Memorials may be made to an Education Fund for Isaac and Avery at First National Bank of Vandalia. Jeffrey Craig Isringhausen was born on July 15, 1964 in Alton, IL, the son of Paul and Alvina Isringhausen. He married Diane Holaday on September 7, 1996; together they celebrated 22 years of marriage. Jeff was first employed by TriCounty FS in May of 1987 as a Crop Specialist and later as a Grain Merchandiser/Elevator Operator by South Central FS in August of 1991. He was a member of the Vandalia Sports Boosters, Fayette County Farm Bureau and he attended Mother of Dolors Catholic Church. Izzy had an avid love for Vandal sporting events and was a proud supporter of the Vandalia Field of Dreams. He is survived by his wife, Diane Isringhausen of Vandalia; parents, Paul and Alvina Isringhausen of Jerseyville; son, Isaac Isringhausen of Vandalia; daughter, Avery Isringhausen of Vandalia; brothers, Paul Isringhausen Jr and wife Gena of Fieldon and Kent Isringhausen and wife Lynn of Edwardsville; father and mother- in-law, Morris and Kay Holaday of Vandalia; sister-in-law, Susan and husband Clark Durbin of Vandalia; brother-in-law, Brian Holaday and wife Amy of Vandalia; several nieces and nephews; and his faithful canine companion, Izzy.

The family of Jeffrey C. Isringhausen created this Life Tributes page to make it easy to share your memories.

Send flowers to the Isringhausen family.