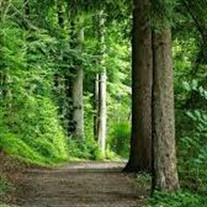 Jimmy Alan “Jim” Weaver, 75, of Shobonier, IL passed away at 3:30 AM, Wednesday, November 14, 2018 at Fayette County Hospital. In honor of Jim’s wishes, cremation rites will be accorded and there will be no services held at this time. Interment will be at Farmer’s Cemetery, Shobonier at a later date. In lieu of flowers, memorials may be made to Second Chance Animal Rescue. Jimmy Alan Weaver was born on February 23, 1943 in Fayette County, the son of George Edward and Gertrude Eileen (Cunningham) Weaver. Jim married Vivian Burnell “Nell” Holbrook on October 27, 1961; she preceded in death on July 30, 1988. He then married Loretta M. Bryant, they later divorced. Jim was a retired logger. He was previously employed by Burks Hardwood Lumber in Vernon; he also worked as a lumber grader and had an avid joy for cutting firewood and being out in nature. Jim enjoyed life and loved visiting with friends and family; he especially loved his adopted dog, Emma. He is survived by his daughters, Sherri and husband, Ted Miller of Shobonier, Connie Vaughn of Anderson, IN, and Gina Weaver of Vandalia; stepchildren, Barbara and husband, Donnie Bollinger, Allen Bryant, Tim Bryant, and Krissy Bryant; all of MO; grandchildren, Abbi and husband Thomas Heater of AZ, Leah Vaughn of IN, Levi Vaughn of IN, Josh Weaver of Vandalia, Tabitha Hans of TN, and Trisha Hans and significant other, Ashton Bowling of TN; and great-grandchildren Novaya, Easton, and Olivia.

The family of Jimmy Alan "Jim" Weaver created this Life Tributes page to make it easy to share your memories.

Send flowers to the Weaver family.