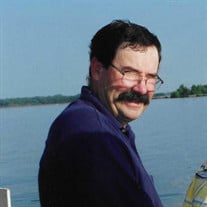 Jon Aaron Phillips, 67, of Shobonier, IL, passed away at 6:10 PM, Thursday, July 22, 2021 at SBL Fayette County Hospital. Per Jon’s wishes, cremation rites will be accorded. There are no services at this time. Interment will be held at a later date. Memorials may be made to The First Presbyterian Church, Vandalia. Online condolences can be expressed at www.hohltandfilefh.com Mr. Phillips was born on December 07, 1953 in Vandalia, IL, the son of Donald and Elizabeth Anne (Adair) Phillips. He married Rhonda Elaine Doyle on October 19, 1974 at The First Presbyterian Church, Vandalia. Together they celebrated 47 years of marriage and raised their three sons. Jon graduated from Vandalia Community High School in 1972 as an Illinois State Scholar. He then attended the University of Illinois where he obtained a degree in landscape architecture in 1976. Jon was a farmer and the owner and operator of Belpark, Ltd.- Custom Farm Service. He began farming in 1978 and eventually opened his business in 1983. He was quite obsessed with business and farming, but in his free time he enjoyed fishing and spending time with his grandchildren. Jon was a member of the First Presbyterian Church of Vandalia. He served on the Fayette County Farm Bureau, Carlyle Lake Watershed Association, the Soil Conservation Service, and the Vandalia School Board. He is survived by his wife, Rhonda Phillips of Shobonier; sons, Erik Phillips and wife Laura of Hillsboro, Scott Phillips and wife Rachelle of Glen Carbon, and Quinn Phillips and wife Caelyn of Collinsville; brothers, Thad Phillips and wife Darlene of Patoka, Bonn Phillips and wife Susan of El Cerrito, CA; sister, Candee and husband Rob McMahon of Wonder Lake; grandchildren Julia Phillips, Logan Phillips, Henry Phillips, and Hank Phillips; and step-grandchildren, Blaze Helton, Liberty Helton, Harper Helton, and Harrison Helton; and many other family and friends. He was preceded in death by his parents and sisters, Becky, Nancy, and Nina.

Jon Aaron Phillips, 67, of Shobonier, IL, passed away at 6:10 PM, Thursday, July 22, 2021 at SBL Fayette County Hospital. Per Jon&#8217;s wishes, cremation rites will be accorded. There are no services at this time. Interment will be held at... View Obituary & Service Information

The family of Jon A. Phillips created this Life Tributes page to make it easy to share your memories.

Send flowers to the Phillips family.