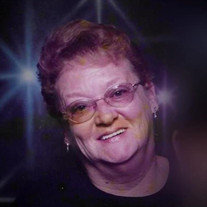 Loretta A. Lash, 76, of Vandalia, IL, passed away at 8:35 PM, Sunday, April 03, 2022 at St. John’s Hospital in Springfield. In accordance with Loretta’s wishes, cremation rites will take place and there will be no services held at this time. Interment will be held at a later date in Union Cemetery, Vandalia. In lieu of flowers, memorials may be made to an organization of the donor’s choice. Online condolences can be expressed at www.hohltandfilefh.com Loretta A. Bolyard was born on February 11, 1946 in Decatur, IL, the daughter of Charles E. and Alma A. (Willis) Bolyard. She married Garry A. Lash on May 06, 1962; together they celebrated 50 years of marriage before his passing on May 24, 2012. Loretta had various jobs throughout the years, but she was most recently a housekeeper at a local hotel in Vandalia. She had an avid love for crocheting, quilting, gardening, drinking her Pepsi cola and of course, her coffee. Loretta also cherished the time she spent with her family and friends. Mrs. Lash is survived by her sons, Charles Lash with Jessica Welch and Anthony Lash and wife Crystal, both of Crestview, FL; brother-in-law, Robert Lash and wife Ann of Vandalia; sister-in-law, Debra Kissiar of Vandalia; and grandchildren, Tiffany Lynn Lash, Garry Austyn Lash, Anistyn Peyton Lash, and Gabrielle Reilly Welch; several nieces and nephews. Preceded in death by her parents; husband; brother, Daniel; sister, JoAnn; and brothers-in-law, Junior Lash and Lonnie Lash.

The family of Loretta A Lash created this Life Tributes page to make it easy to share your memories.

Send flowers to the Lash family.