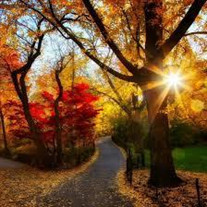 Neta Fovetta Terry, 91, of Mulberry Grove, IL passed away at 12:25 AM, Monday, November 12, 2018 at HSHS St. Elizabeth’s Hospital in O’Fallon. A Memorial Service will be held at 2:00 PM, Friday, November 16, 2018 at Hohlt and File Funeral Home, Vandalia with Rev. Randy Whitehead officiating. Interment will be held at a later date. Memorials may be made to the Mulberry Grove American Legion Post #1180. Neta Fovetta Terry was born on May 19, 1927 in Vandalia, IL, the daughter of Delmar and Iva (England) Appleby. She married John Albert Terry on March 30 1947; he preceded in death on September 06, 2018. Together, they celebrated 71 years of marriage. Neta formerly worked at the Johnson, Stephens, and Shinkle Shoe Factory in Vandalia. She is survived by her daughter-in-law, Denise Terry; grandchildren, Rachel Terry and Joshua Terry; all of Mulberry Grove; and a sister, Evelyn Peters of Arcola. She was preceded in death by her parents; husband; infant son, Maurice Dean Terry; son, Robert W. Terry; brothers, Harold “Bo Bo” Appleby and Lester Appleby; and a sister, Margareta Davis

The family of Neta Fovetta Terry created this Life Tributes page to make it easy to share your memories.

Neta Fovetta Terry, 91, of Mulberry Grove, IL passed away at...

Send flowers to the Terry family.