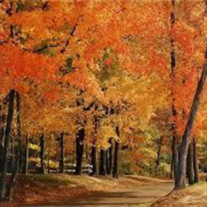 Robert Franklin Ward, 70, of Otego Twp., Vandalia, IL, passed away at 8:00 PM, Friday, November 13, 2020 at HSHS St. Anthony’s Memorial Hospital in Effingham. Per Bob’s wishes, cremation rites will be accorded. A Memorial Service will be held at a later date. Memorials may be made to Arm Prairie Christian Church. Robert Franklin Ward was born on October 07, 1950 in Otego Twp., IL the son of Jeroame B. and Ruby Fern (McClary) Ward. He married Jessie Pearl Baugh on June 08, 1974 in Reno, IL. Together, they shared 46 years of marriage and raised two sons. Bob was employed by Burks Harwood Lumber, where he was an edgerman at the sawmill. He was a member of the First Pentecostal Church of Vandalia and also affiliated with Arm Prairie Christian Church. Bob was a very generous man; giving anything and everything he could. He had an avid love for working, hunting, fishing, and watching Western movies, especially those staring John Wayne. He is survived by his wife, Jessie Ward of Otego Twp., Vandalia; son, Tommy Joe Ward with Jennifer Engle of Brownstown; son, Jeroame Lloyd Ward of Otego Twp., Vandalia; brothers, Jerry Ward and wife, Lynette of Altamont and Danny Ward and wife, Debbie of Brownstown; sisters, Suzanne White of Vandalia and Margaret Robinson and fiancé Gerald Bolyard of Vandalia; grandchildren, Justine, Jace, and Jaxson Ward; and his beloved pets, Fritze, Top Cat, Guy, and Baby Girl. He was preceded in death by his parents and brother-in-law, Ray White; niece, Shawna Ward; and great nephew, Heaven’s Rae.

The family of Robert Ward created this Life Tributes page to make it easy to share your memories.

Send flowers to the Ward family.