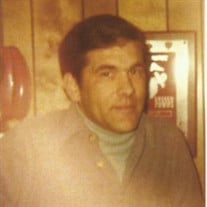 Roger W. Krause, 79, of Vandalia, passed away on Wednesday, August 12, 2020 at his home surrounded by family. A Memorial Service will be held at 2:00pm, Friday, August 21, 2020 at Hohlt & File Funeral Home, Vandalia. Visitation will be held one hour prior to the service from 1:00-2:00pm, Friday, at the funeral home. Memorials may be made to Second Chance Animal Rescue. Roger Wayne Krause was born May 6, 1941, in Lincoln, IL, the son of Harold and Mildred (Gardner) Krause. He and his brother grew up on the family farm in Beason, IL; one could say that farming was his true passion, but Roger had many careers over the span of his life. He taught industrial arts in Mazon and Williamsville, IL; owned and operated Krause Agrisystems; worked at Crane Packing; and ran Krause Electric Inc./Krause Developments, Inc. before retiring. Before having their son, Doug, Roger was a Cub Scout leader; as Doug grew up Roger eventually took on the role of Little League Coach. Roger loved music. He played trombone in HS and college along with a band or two afterward for various functions. In his younger years he enjoyed hunting/fishing/camping, as time went on he developed an avid love for golf, then in his later years he enjoyed working around the house. He could fix or build anything and rehabbed/updated several family members’ homes! He is survived by his wife of 40 years, Georgia (Gaylor Bone) Krause of Vandalia; son, Douglas Krause of Waynesville, MO; daughter, Cheryl Newman of Belleville; Stepchildren, Teresa Bone, Bonnie and husband Jim Barr, Mark Bone and wife Caroline, Matthew Bone and wife Jana, and Lisha Clary; brother, Gene Krause and wife Patricia; and several grandchildren and great grandchildren. He was preceded in death by his parents; son-in-law, James Newman; canine companions, Range-Her and Skeeter. The family would like to give our deepest thanks to Emmy and Jessie from Lean on Me Caregiving for taking such good care of Dad these past several months.

Roger W. Krause, 79, of Vandalia, passed away on Wednesday, August 12, 2020 at his home surrounded by family. A Memorial Service will be held at 2:00pm, Friday, August 21, 2020 at Hohlt & File Funeral Home, Vandalia. Visitation will be held... View Obituary & Service Information

The family of Roger Krause created this Life Tributes page to make it easy to share your memories.

Roger W. Krause, 79, of Vandalia, passed away on Wednesday, August...

Send flowers to the Krause family.